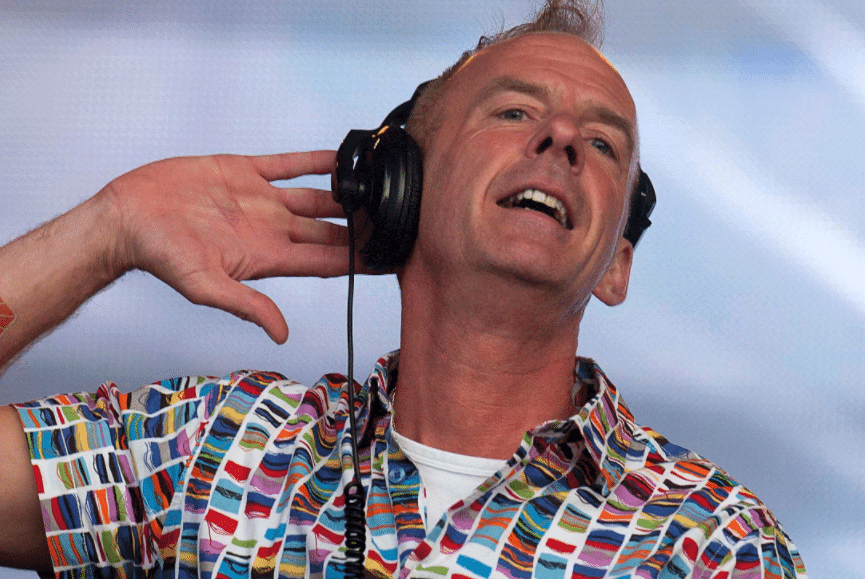 In 1985, Norman Cook’s friend Paul Heaton (who also penned the name Norman as he said he looked like a ‘Norman’) had formed a guitar band called The Housemartins. Their bassist Ted Key left on the eve of their first national tour, so Cook agreed to move to Hull to join them. The band soon had a hit single with “Happy Hour”, and their two albums, London 0 Hull 4 and The People Who Grinned Themselves to Death, peaked in the Top 10 of the UK Albums Chart. They also reached number one just before Christmas 1986 with a version of “Caravan of Love”, originally a hit the year before for Isley-Jasper-Isley. However, by 1988 they had split up. Heaton and the band’s drummer Dave Hemingway went on to form The Beautiful South, while Cook moved back to Brighton to pursue his interest in the style of music he preferred. It was at this time that he first started working with young studio engineer Simon Thornton, with whom he continues to make records. All of Cook’s records released from that point onwards have involved both of them to varying degrees (Thornton is credited in 2004 as “Executive Producer”, for example).

Cook achieved his first solo hit in 1989, featuring his future Beats International member MC Wildski, called “Blame It on the Bassline”. Credited to “Norman Cook feat. MC Wildski”, the song followed the basic template of what was to come in the style of the music of Beats International. It became a modest hit in the UK Singles Chart, reaching number 29. 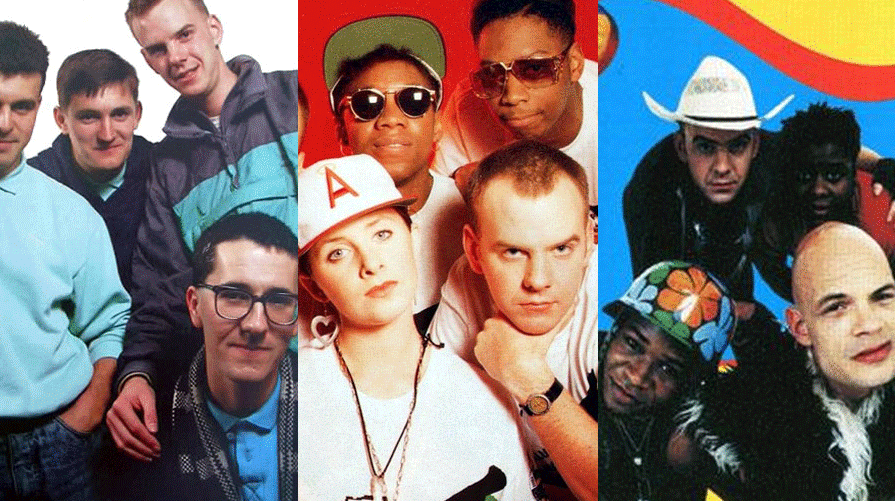 Cook formed Beats International, a loose confederation of studio musicians including vocalists Lindy Layton, Lester Noel, D.J. Baptiste, rapper MC Wildski, and keyboardist Andy Boucher. Their first album, Let Them Eat Bingo, included the number one single “Dub Be Good to Me”, which caused a legal dispute revolving around allegations of infringement of copyright through the liberal use of unauthorised samples: the bassline was a note-for-note lift from “The Guns of Brixton” by The Clash and the lyrics borrowed heavily from “Just Be Good to Me” by The S.O.S. Band. This bankrupted Cook as he lost the case and was forced to pay back twice the royalties made on the record. The 1991 follow-up album Excursion on the Version, an exploration of dub and reggae music, failed to repeat the success of its predecessor, as it did not chart.

Cook then formed Freak Power with horn player Ashley Slater and singer Jesse Graham. They released their debut album Drive-Thru Booty in 1994, which contained the single “Turn On, Tune In, Cop Out”. The cut was picked up by the Levi’s company for use in a multimillion-dollar advertising campaign. In 1996, Cook re-joined Freak Power for their second album, More of Everything for Everybody.

Cook enlisted help from producer friends Tim Jeffery and JC Reid to create a house music album under the name Pizzaman. The 1995 Pizzamania album spawned three UK Top 40 hits: “Trippin’ on Sunshine”, “Sex on the Streets”, and “Happiness”. “Happiness” was picked up by the Del Monte Foods corporation for use in a UK fruit juice ad. The music videos for the three singles were all directed by Michael Dominic.

Cook also formed the group The Mighty Dub Katz along with Gareth Hansome (aka GMoney), Cook’s former flatmate. Together they started the BoutiqueNightclub in Brighton, formerly known as the Big Beat Boutique. Their biggest song together was “Magic Carpet Ride”.

Cook performing at the first “Beach Party” in Portrush, 2006.

Cook adopted the new pseudonym Fatboy Slim in 1996. Cook says of the name: “It doesn’t mean anything. I’ve told so many different lies over the years about it I can’t actually remember the truth. It’s just an oxymoron – a word that can’t exist. It kind of suits me – it’s kind of goofy and ironic.”

The Fatboy Slim album and Cook’s second solo album, Better Living Through Chemistry (released through Skint Records), contained the Top 40 UK hit “Everybody Needs a 303”. Fatboy Slim’s next work was the single “The Rockafeller Skank”, released prior to the album You’ve Come a Long Way, Baby, both of which were released in 1998. “Praise You”, also from this album, was Cook’s first UK solo number one. Its music video, starring Spike Jonze, won numerous awards. On 9 September 1999, he performed “Praise You” at the 1999 MTV Video Music Awards in New York City, and won three awards, including the award for Breakthrough Video.

In 2000, Fatboy Slim released his third studio album, Halfway Between the Gutter and the Stars, and featured two collaborations with Macy Gray and “Weapon of Choice”, which also was made into an award-winning music video, starring Christopher Walken. At the 2001 MTV Video Music Awards in New York, Fatboy Slim won six awards for “Weapon of Choice”, the most awards at the ceremony.

In 2003, he produced Crazy Beat and Gene by Gene from the Blur album Think Tank, and in 2004, Palookaville was Cook’s first studio album for four years.

Fatboy Slim’s greatest hits album, Why Try Harder, was released on 19 June 2006. It comprises eighteen tracks, including ten Top 40 singles, a couple of Number Ones and two exclusive new tracks – “Champion Sound” and “That Old Pair of Jeans”.

In 2006, Cook travelled to Cuba, and wrote and produced two original Cuban crossover tracks for the album The Revolution Presents: Revolution, which was released by Studio ! K7 and Rapster Records in 2009. The tracks were called “Shelter” (which featured long term collaborator Lateef); and “Siente Mi Ritmo”, featuring Cuba’s top female vocal group Sexto Sentido. The recordings took place in Cuba’s legendary EGREM Studios, home of the Buena Vista Social Club, and featured a band made up of Cuba’s top young musicians, including Harold Lopez Nussa. Another track recorded during these sessions entitled “Guaguanco” was released separately under the Mighty Dub Katz moniker in 2006.

Cook performing at the 2013 Glastonbury Festival.

The Brighton Port Authority debuted in 2008 with a collaboration with David Byrne and Dizzee Rascal titled “Toe Jam”, along with a music video featuring nude dancers with censor bars on them, making pictures and words with them.

The soundtrack album for the TV series Heroes also includes The Brighton Port Authority’s track “He’s Frank (Slight Return)” (a cover of a song by The Monochrome Set), with Iggy Pop as vocalist. The video for this track features a near life size puppet of Iggy Pop. An alternative club version was released under the “He’s Frank (Washing Up)” title with the video featuring some footage of Iggy Pop acting and saying lyrics.

The band’s first album, I Think We’re Gonna Need a Bigger Boat, is the first to be co-produced by Cook’s longtime engineer Simon Thornton, who also sings on one track. The album was released 6 January 2009 exclusively at Amazon.com on CD, with downloadable format and other stores scheduled for a month later on 3 February.

Cook released a mix album in 2010 titled The Legend Returns as a covermount album in the June 2010 issue of Mixmag. Cook returned as Fatboy Slim when performing at Ultra Music Festival in Miami in March 2012.

On 12 August 2012 he performed at the 2012 Summer Olympics Closing Ceremony, and on 1 September Cook performed at Brighton Pride.